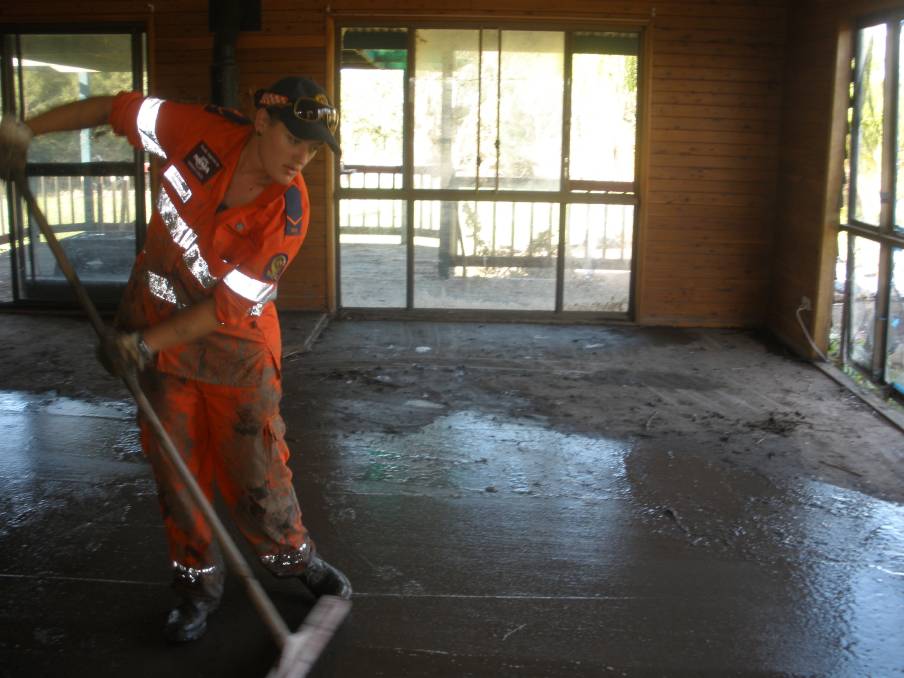 EMERGENCY services personnel have reflected on their experiences during the 2011 Queensland floods, which devastated businesses, homes and communities across 78 per cent of the state.

The floods started in November 2010 and left 33 people dead.

On January 10, 2011 a raging torrent of floodwater swept through the Lockyer Valley and the next day the Brisbane River broke its banks, putting about 20,000 city homes in the firing line.

With thousands of people forced to evacuate their homes, emergency services was stretched to the limit and Queenslanders rallied to help with the cleanup on January 14 when floodwaters receded.

Fortunately Redland City has not experienced major flood crisis and there were no major instances of loss during the 2011 floods, primarily due to the Redlands not having large waterway systems apart from Tingalpa Creek.

In the Scenic Rim, flooding affected Boonah, Kalbar and Harrisville and there were landslides reported at Tamborine Mountain and Beechmont.

"We left from Beaudesert Hospital and flew to Esk, where we stayed about seven days to assist the Somerset SES unit," he said.

"The extent of the flooding was something I had never seen before."

Ms Bull helping escorting residents back to their damaged homes was at times heartbreaking.

"Scenic Rim members assisted at Grantham, Lowood, Ipswich, Rosewood, Forest Hill, Patrick Estate, Helidon, Murphy's Creek and local in the Scenic Rim for about three weeks during the floods of 2011," she said

"It was an emotional time for all involved, both residents and those that volunteered to assist with the clean-up.

"We helped divert water, cleaned out homes, searched creeks and paddocks for missing persons, removed trees, tarped roofs, and support residents as they filed through their belongings."

Dave Wandel was first officer at the Prenzlau Rural Fire Brigade and division commander at Lowood from day one of the floods.

"We were isolated where we were, for the first day we couldn't get out of Prenzler," he said.

"We started off walking through properties to see who we could help.

"The next day we could move to Lowood, 125 square kilometres and 80 percent of it was underwater.

"There were homes with water up to their ceilings and on O'Reilly's Weir Road there were people who had never before seen water come up to their properties."

Mr Wandel said at one property a tree had been washed under the concrete stumps of the house.

"My responsibility was to be in charge of the cleanup, we went from street to street as the water started receding to see who needed help," he said.

"Some people had been evacuated when the flood first happened and had been staying at the evacuation centre. Lowood HIgh School was open for people to go to.

"The first week was the worst because the area was more or less isolated and we couldn't get too much outside help in."

At the time of the floods, Inspector Brad Moore was was a station officer in Brisbane and also a swiftwater rescue technician.

Mr Moore was deployed to many areas across Queensland including St George, Condamine, Dirranbandi, Innisfail and also assisted with the floods in Brisbane.

As the first firefighter deployed to Ingham, Mr Moore said he spent Christmas away from home.

"It was a bit weird, the locals seemed so casual, like they were used to floods," he said.

"I spent the initial part moving furniture and pitching in with the community.

"We didn't do a lot of rescues, mostly welfare checks with police and QAS."

After a five-day stint at Dirranbandi, helping people trapped by water, Mr Moore was flown out by helicopter.

"It was totally surreal, it just looked like an inland ocean, all you could see was water flying out," he said. "We arrived back in Brisbane after midnight and slept in the car.

"One of the first things we did was drive to Suncorp Stadium, which was hard to access because it was full of water, up to the height of the fence where the first seats start.

"In south Brisbane we had to help rescue people stranded in their vehicles.

"It was still water, not moving at all so it didn't seem as if anyone could drown in it," he said.

"But a family turned up after someone had been reported missing and we realised there was potentially someone in there.

"It turned out it was a gentleman who was just going to check on his farm, the access road dipped down and he couldn't swim.

"We had no army or police divers available, everybody was flat out and here we had a family sitting on the bank in case we found something."

The rescuers went into the water with flotation devices and floated in a line, using oars to find the drowned man underwater.

"Having to tell a family that news is hard on a firefighter, it was sad for us all, he was only checking his farm," Mr Moore said.

Thousands of people took legal action against the state government and its water suppliers after the floods.

Having to tell a family that news is hard on a firefighter, it was sad for us all, he was only checking his farm

The Queensland government and two of its water suppliers were ordered to pay $253,000 to one of the victims of the 2011 Brisbane floods.

Vince Rodriguez sought damages after his sporting goods store was devastated by the massive rain event.

Mr Rodriquez, who was the lead plaintiff in a class action against the Queensland government, Seqwater and Sunwater over the January 2011 floods in greater Brisbane and Ipswich, was handed a court win after a long and difficult saga.

NSW Supreme Court Justice Robert Beech-Jones found in favour of about 6870 claimants after accepting that engineers responsible for flood operations at Wivenhoe and Somerset dams were negligent and breached their duty of care.